The Coach Chuck Rohe Leadership Award was created in 2016 by the UT Rohe Era Track and Cross Country Association, an organization of former UT athletes who ran, jumped, and threw for Chuck Rohe while he coached the track team from 1962 to 1971. During that time Tennessee won 21 SEC championships, including 6 in cross country and 15 straight indoor and outdoor SEC track and field championships between 1964 and 1971. Because Chuck Rohe was such a brilliant and dynamic leader, those he mentored decided to create an annual award to perpetuate his memory by honoring the member of the track and field team who best exemplified his leadership style. To win the award the recipient is expected to display integrity, dependability, dedication and loyalty, enthusiasm, initiative, judgment, endurance, unselfishness, courage, tact, and scholarship. 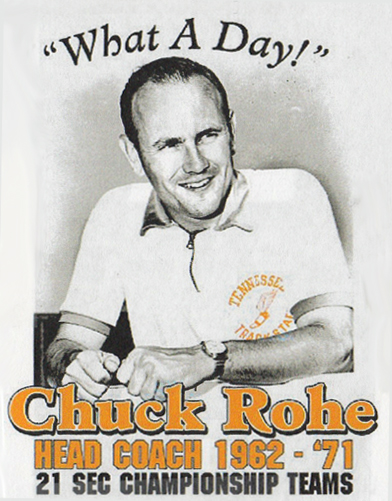 Since 1965, the Ed Murphey Award has been presented for the most noteworthy performance from the previous year’s track and field season at UT.  In the history of Tennessee track and field, there have been few athletes more dominant in their discipline as Ed Murphey was from 1954-57. Beginning in 1965, he returned to Knoxville annually to present the Ed Murphey Award for the most outstanding men’s track & field performance. Notable winners through the years have included Richmond Flowers, Willie Gault, Todd Williams, Lawrence Johnson, Anthony Famigletti, Justin Gatlin, Aries Merritt and Justin Hunter. 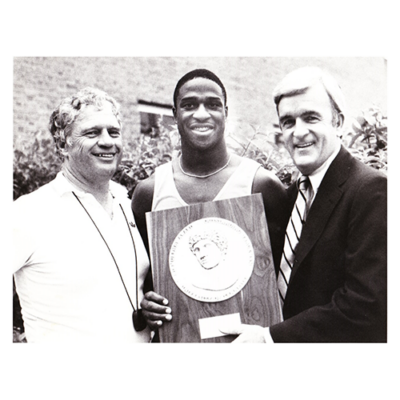